Need a Website Built? Ready to Market Your Business?

Ashley Lunt's Review of "The Sleepwalker"

The Sundance Film Festival, for me, is a chance to explore deeper realms of artistic integrity and personal taste in film. A true exercise of right brain faculties. These movies often take you off guard, presenting an idea that otherwise would have been ignored. The film that I set out to see did just that: Took ideas, human struggles, and deep emotional issues that typically cause people to look the other way and shudder to be envisaged.

The line of ticket holders wrapped around the hall of the Salt Lake City Library, Sundance volunteers {shout out to all of you awesome people!}  aplenty keeping the crowd in control should they decide to get overly excited. 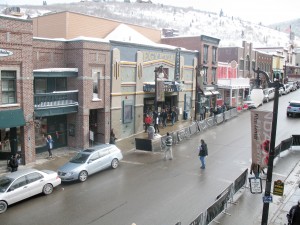 “The Sleepwalker” was a stirring thriller that highlighted a twenty-something Kaia living with her boyfriend renovating her late father’s 1920’s estate isolated from the rest of her rural Massachusetts town. Dark, buried secrets of her past begin to come to the surface when her sister Christine comes home with her fiancé Ira.

Now, at first glance, this does not seem thrilling nor imposing in regards to new artistic viewpoints. So, going into it I was curious but hopeful that I would be challenged with envelope-pushing scenes and plot conflicts.  My hopes were realized not 10 minutes into the flick. A pivotal scene with a sleepwalking sister and the other following in curiosity explodes in an emotional trigger for Kaia, introducing an emotional roller coaster for the remainder of the film.

I left the theater totally wide-eyed. Shocked? Absolutely. Jolted? Of course! This, was exactly the reaction that was both desired and expected. This is a film I would recommend to my closest friends, co-workers and family, if not to simply hear their opinions of the many symbols and hidden meanings that were woven cleverly into the plot and dialogue. {And, quite possibly for the pure sake of getting a reaction.}

Until next time – Ashley Lunt

When I made the move to Utah from Florida last year, I could not wait to attend Sundance Film Festival – Mainly because I had a mental image of glamorous celebrities taking over the city for two whole weeks.  I also thought that Sundance only took place in Park City, boy was I wrong, but pleasantly surprised!  This event is about so much more then the famous faces everyone hears about (although the celebrity part is pretty cool), I learned that this festival is centered on the love for filmmaking and the artwork that goes into it.  This world famous event is spread all along the Wasatch Front, and everyone gets involved. I was lucky enough to attend a film this year – Jamie Marks is Dead.  Based on the book One For Sorrow, this movie follows the story of a lonely boy who ends his life due to the excessive bulling he endured everyday at school.  Turns out, his life didn’t end there - Jamie comes back as an undead human, and makes friends with a another boy he didn’t even know during his time on earth.  I won’t spoil the ending for you (because you HAVE to see this movie), but what I can tell you that this film was poetic, dark, humorous, and full of mind-boggling twists.  Following the film, I simply had to stay for the question and answer session with the director and the actor who played Jamie Marks.  I absolutely swooned over hearing how passionate the director was about making films – I mean these people at Sundance are in LOVE with filmmaking, and it was so great to see all of this excitement first hand.

In closing, everything you hear about Sundance is true - Celebrities do invade Park City, and there are fabulous parties.  However, this is truly an experience you must try at least once in your lifetime.  You need to see these up and coming films in the charming, old theaters spotted around Park City and Salt Lake City, meet the directors, and learn about the culture of these artists!  The area’s atmosphere changes for an entire two weeks; make sure to be a part of it in 2015!

Every year for the past five (5) years, I have been able to look forward to one of the few redeeming qualities of the cold January in Utah, has been the brightness of the Sundance Film festival.  Living in Salt Lake City, for 18 years, it did not occur to me to take advantage of this rare pleasure until a few years ago.  Once I tasted the drug that we call “Sundance” I have beenhooked ever since. There are few things or people that will compel me to wait in a line, standing outside in the cold bittersnow of a Utah Winter Eve, but Sundance makes the cut. The Sundance Film Festival has a fever that sweeps across ordinary places like Park City, Salt Lake City and Ogden, and brings with it extraordinary films, talent and people.   There’s something surreal about sitting in the same theater, auditorium or room with both unknown and iconic film makers, actors and directors.   Sundance allows ordinary people to feel that they are actually a part of something relevant, and greater than our mundane day to day lives.  We are able to feel the excitement of movies, the passion of the artists, and the coming together of a community supporting a common purpose and cause. We get to walk down the streets of Park City and Salt Lake rubbing shoulder with the stars, but seeing them probably for the first time as ordinary people, doing great things.  But that’s what Sundance is all about, “ordinary people, doing great things!”  These ordinary people start with Robert Redford and the Sundance Institute, the filmmakers and actors, down to the Sundance volunteers and attendees which are the heart and success of this week and a half winter wonderland.

Where else do ordinary people get to watch a movie at the Egyptian Theater or Eccles Theater in Park City, sitting beside stars like Kevin Costner or Ashton Kutcher?  Or watch a documentary in Rose Wagner Theater in Salt Lake City, having Question and Answer session with the Director and makers of the movie “Queen of Versailles”?  Sundance merges the culture of Sorel boots with Faux Furs to bring a “high” to the State of Utah elevating the mundane lives of normal people to feeling like we are all contributing to the success of a single film.

Each year the weeks leading up to Sundance are filled with anticipation and excitement.  The festival carries with it a euphoric high for 10 days in an otherwise gloomy and frozen mountainous wonderland.

The Sundance 2014 program promises to reinvigorate and excite or film loving senses, which will hopefully satisfy the withdrawals we all felt on last day of the 2013 Sundance.

Keep coming back to read about our own experiences at the 2014 Sundance Film Festival starting on January 16th!